Have you ever entertained the thought of packing up your entire family and transplanting them to a really exotic place? Or leaving the hustle bustle of Western life and serving as one cohesive unit in a third world country? I have many times and I have been so inspired how this family did both. 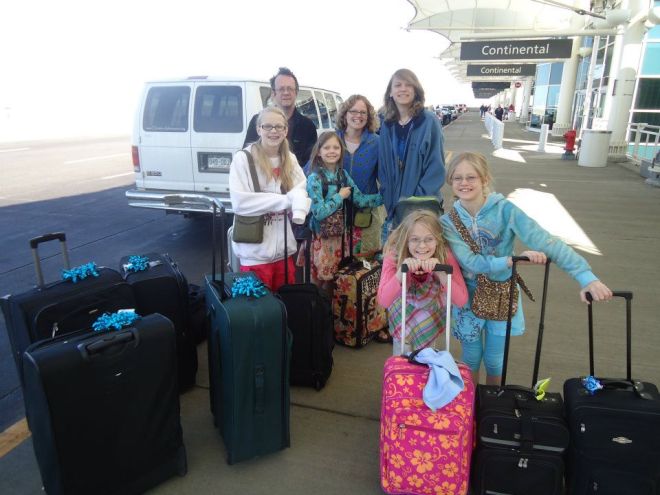 1. Tell us about your family. Who lives with you? 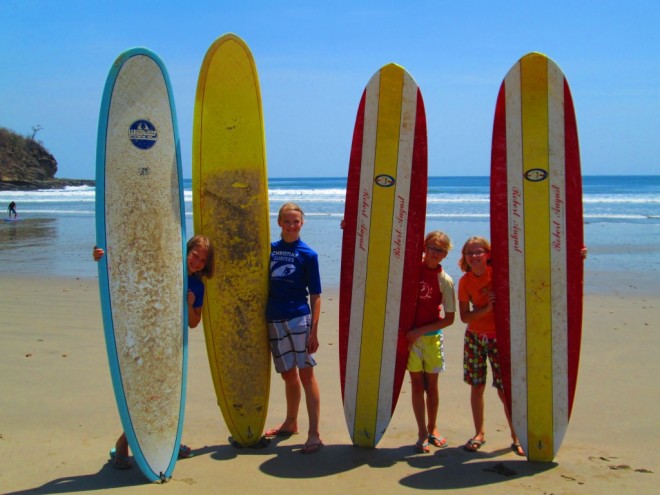 2. What are you doing in Nicaragua? What brought you here?

What brought us here…Our church has partnered with a community in Nicaragua for the last several years. Our son was the first to come down with a student trip in August 2011. He came home, saying it was too short and when could he return. We never realized at that time time that our whole family would return together in March of 2012. And we did…We came for just under 2 weeks, and during the end of our time we began to talk about as a family what it would look like to live here for an extended period of time. Not that we would, but more of just a what if sort of way. We talked about housing. Could we live all live in a 10 x 10 (or smaller house) made out of black plastic sheeting and pallet wood? What would it be like to do our laundry in the river, cook over wood fire, have no running water in our home and maybe not even a well…We had so many great conversations around things that just seemed like the basics.

We returned home, also feeling our time in Nicaragua had been too short…About 2 weeks after we were back in Colorado, we were asked if we would ever consider returning for an extended period of time. My first response was no, but as that came out of my mouth, I realized, in fact we really had already been considering it. We had already had many conversations around returning – we’d already began as a family to try the idea on.We talked to our jobs and began to pray and seek the Lord – Did He want this as much as we thought we did?

There came a point in October where we finally made that decision to be all in. There were still so many logistics, etc. but on faith we bought our plane tickets, layed out some of our non-negotiables before the Lord – and asked others to pray with us….the logistics on paper looked really BIG – in our hearts though we always had a lot of peace. The most confirming thing for me about this journey is that all 7 of us felt called by God…we rarely ALL agree on anything, so this was a big deal in itself.We continued to pray and move forward with the details of leaving the country for 6 months. The doors continued to swing wide open for us to go. The finances were coming together, our house was rented, our cars found homes, my job was  taken care of. In the end, Mike ended up quitting his job, which wasn’t exactly how we had hoped to be leaving, but as it came down to the end, it wasn’t a deal breaker for us. Our denomination accepted us as Covenanters in Mission – which affirmed us each as missionaries – the kids too, not just the adults, and our local church officially sent us. Feb. came, and off we went.

3. Why did you decide to home-school?

Diane: Schooling was something we gave a lot of thought and prayer to before we left. We considered all sorts of options, and in the end, just did not want traditional school to rule our days. We knew there would be an education to be found right outside our door step, and we wanted to be freed up to engage life as it happened. Our friends the Hollands had the articulation of “live” learning, and we loved the idea of this.We do not home-school in CO. It is definitely something we’ve thought about over the years, just have in the end been excited to share our kids with their public schools. Our local school district is amazing in many ways. Our kids have done well in school, and the idea of taking a semester off didn’t worry us for one second about how ready or not they would be when we would return. Learning is important to us, and so we are in fact quite intentional about making sure our kids have plenty of opportunities to learn. We send them to the mercado to buy groceries for a lesson in math. We’ve kept them reading all sorts of literature, we’ve all taken Spanish from local teachers as a family, we hiked a volcano with a Nicaragua guide who is also a Bird scientist and we learned so much about nature, history, and volcano’s while we did. We visit the tide pools at the beach often and learn about all sort of sea life. We’ve learned about cultural differences, poverty, differences in religion and politics, and SOOOO much more!

4. Is this accepted in the country you live in? What are some of the reactions you get?

Diane:  People often ask our kids if they home school – they used to say an enthusiastic “nope”, but now they respond about “live” learning which gets an enthusiastic response! We know some families who home-school, we also know many families who do not school at all – especially their sweet little girls. I think the importance of education is growing in Nicaragua, but there is not in large part a high value on it, and many do not read. A typical day for kids going to school is only 3 hours 4 days a week. Younger kids will go in the morning, and older ones in the afternoon. Many teens work to support families, and if they do go to school go just one day a week for a 1/2 day. Really bright or really wealthy students will be put on a university tract that begins at age 16.

5. What are the challenges of home-schooling in a different country? Do you have a support system?

Diane: We feel very supported in just being us – or maybe it is just that we are so confident that we are doing what God has for us right now, that we do not notice if we aren’t. We are used to living life a bit out of the box, and the responses from others for doing so. If we were to live here full time – year round, we would have to do school differently. We would have to plan ahead and get materials from the states. There are lots of things that just aren’t available here. I had looked into some different online schools before coming down, but I don’t think that we could get consistent enough or strong enough internet to make it work well – to be a viable option.

6. Describe a typical day for us. When do you do school? Where and how do you shop?

Diane: We really live each day as its own day – Nicaragua is a very in the present time culture – so we are trying to embrace it in that way. I am a planner and check list kind of mom, so it has been stretching for me to live life so loosely – it has been really great to engage life so freed up to move at a slower pace. A good gift for us in this season.

We are doing so many things in Nicaragua. We start our days praying and giving it to the Lord. We ask Him – how is it that He would best have us love in these next 14 or so hours that we will be awake. And then we look for what God’s already doing and we see how we can jump on board. We look for ways we can serve all together as a family with are different ages, stages, and bends of personalities. We’ve painted schools buildings and done other maintenance, we’ve taught a lot of art classes at school and out in the park. We’ve jumped a lot of rope, flown a lot of kites, shared a lot of ice cream with hungry kids on the street, volunteered with a local lending library, and listened to so many stories of God’s faithfulness in people’s lives.

7. What are your plans for the future in regard to schooling the kids?

Diane: I would say it is all up for grabs – truly…Our oldest will be a senior when we return so we plan to return to their schools in Fort Collins – my older kids go to a super hands on ELS – Expeditionary Learning School and my younger ones to an IB school. We have been really happy with them. We have loved the freedom to school the way we have in Nicaragua though and not be tied down to a school calendar over a year out. So we will just take it a step at a time!

Wow, how inspiring! Thank you, Diane, for sharing with us. And for being brave enough to go on this adventure.

Friends, what convicted me most is when Diane said:” Everyday we ask Him – how is it that He would best have us love in these next 14 or so hours that we will be awake.” What would happen if we all did that wherever we are? I like that the Borden family is taking advantage of all the cultural and practical learning opportunities that are all around them. And what is even better, they are instilling an attitude of service in their children.

I hope you enjoyed this interview as much as I did. 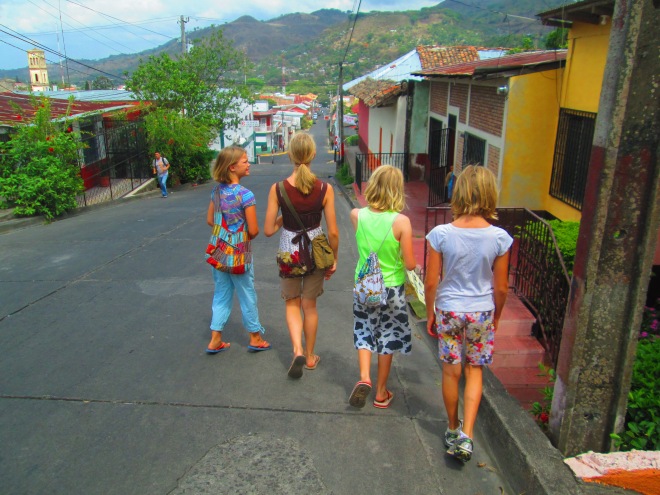 Home-schooling and Serving in Nicaragua

One thought on “Home-schooling and Serving in Nicaragua”